A Step-by-Step Guide for Your Online Order

You are here: Home1 / A Step-by-Step Guide for Your Online Order

This guide walks you through the steps you need to take during purchasing our geotechnical programs. Here are the main topics:

If after reading this article you still have any questions, please feel free to contact us. 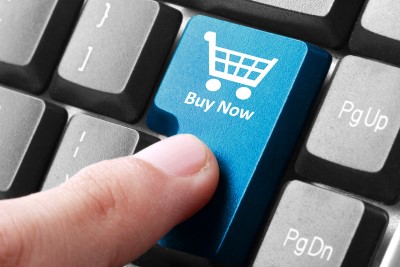 A complete list of our geotechnical software is available from the SOFTWARE SOLUTIONS menu at the top of this page. You can download the FREE 14-day trial version of our programs from this page.  Once you decided to make the purchase, please follow these steps:

In order for each computer to run our geotechnical programs, it need a ‘license’. A license is a permission issued by Novo Tech Software to use the program on a computer (read EULA). Therefore, if you have multiple engineers using a program, you need to purchase a license for each user (see below for ‘license transfer’ option). You receive up to 70% discount on the base price of the software when you purchase multiple licenses. Either case, you will receive your license immediately after your purchase, and you can start using the software right away! Here is how to activate your license.

When you purchase a single license, an ‘activation key’ will be emailed to you in a few minutes from your purchase.

A valid Maintenance Plan allows you to benefit from upgrades, license transfer, and support services. You can ‘de-activate‘ the software on one computer and use the same ‘activation key’ to activate the software on another computer, up to 2 times a year.

It is all about flexibility: Perpetual vs. Lease

After you decide on how many computers you want to use the software, you can purchase either a ‘Perpetual (i.e. permanent)’ or a ‘Lease (temporary)’ license. Some companies prefer leasing programs because of budget restrictions, or because they want the software for a specific project. Here is a bit more about these two types of license:

The software will run on the licensed computer, and there is no time limit for using the software (the license is perpetual). When purchasing a ‘Perpetual License’, an annual Upgrades & Support subscription will be automatically added to your order. This is FREE for the first year, and a recurring charge starting from the second year.

If you do not want to take advantage of the Upgrades & Support services you can cancel this at any time from your My Account page of our website.  If you choose to not sign up for annual Upgrade & Support, you will not be able to switch the license between computers (‘floating’ feature). In order to use a newer version of the software you need to purchase a new license.

In this model the purchase price is a fraction of the Perpetual License price, and your subscription will be automatically renewed every 6 or 12 months. The ‘activation key’ you receive, will activate the software on your computer for the period of lease. This is particularly suitable for short-term projects or for small companies where the program is required for a short period of time.

The main advantage of this licensing model is that you are always entitled to the latest version of the software, without paying for the annual Upgrade & Support subscription.

You will be automatically notified when a newer version of the software is available for download. No need for a new license or ‘activation key’. All set up once you install the new version!

Novo Tech is known for its excellent support, affordable pricing, and flexible options. Our pricing model offers more discount when you order more licenses. For example a Network License with 10 users, has 70% discount (i.e. you pay the price of 3 base licenses but the license allows 10 users to run the program!). 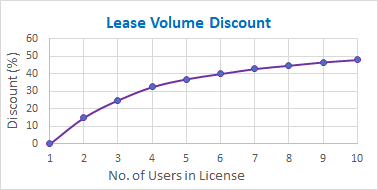 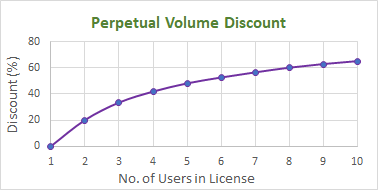 We offer various payment methods including Credit Cards, wire transfer, and PayPal. Most of our customers choose convenient online payment for fast delivery. We accept Visa, Debit, American Express and other major credit cards. For PayPal payments, please contact us to receive the instructions.

For wire transfer please ask us for details.

Because these cookies are strictly necessary to deliver the website, refuseing them will have impact how our site functions. You always can block or delete cookies by changing your browser settings and force blocking all cookies on this website. But this will always prompt you to accept/refuse cookies when revisiting our site.